This 18-watt head is based on Trace Elliott’s GA-15, which, despite appearances and the explicit moniker, “Goldtone,” bears no resemblence to Gibson’s vintage GA-15. My version is called Element 79, the atomic number for gold. It features a Fender style tone stack and blackface sound. 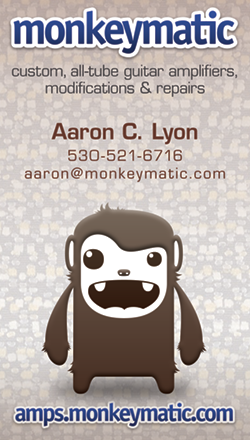